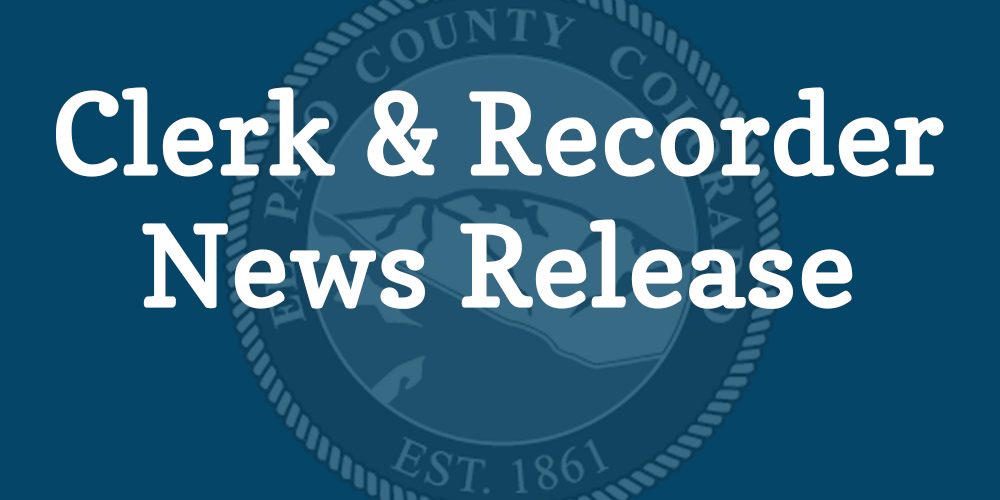 The El Paso County Clerk and Recorder’s Office has completed the official canvass of the 2018 General Election. The final Official Results for the General Election are posted online on the Secretary of State’s Election Night Reporting site.

Prior to the canvass the Clerk’s Office also completed its third post-election Risk Limiting Audit. El Paso County’s election equipment passed the audit with 100% accuracy. Implemented by the Secretary of State’s Office in 2017, this sophisticated post-election audit allows officials to compare a sample of paper ballots against digital tallies to verify results were tabulated correctly. Due to the high level of statistical probability, this audit confirms election results have not been manipulated and reassures a level of confidence in testing for election results.

“El Paso County’s success in passing the audit in the first round for the third consecutive time is attributable to the robust processes developed by the Elections Department,” said Chuck Broerman, Clerk and Recorder. “The reliability of our system and the expertise of our Election staff instilled confidence in voters that their ballots were counted correctly and their voices heard.”

With the final results tabulated, no candidate race or issue/question met the threshold set in Colorado law to trigger an automatic recount. The final count did not change the outcome of any item on the ballot. The election has now been certified, and the results are official. El Paso County ended the election with a record-breaking 279,921 ballots cast.

“There was enormous participation in this election, with over 104,000 ballots cast on Election Day. This is an all-time high for ballots returned and voted on Election Day,” said Broerman. “I am very proud of our Election Division and our entire staff who supported the election process. The dedication they have shown during this Election reflects why we have one of the best departments in the nation. I want to express my deepest gratitude to them and our community partners who contributed to the success of this Election.”