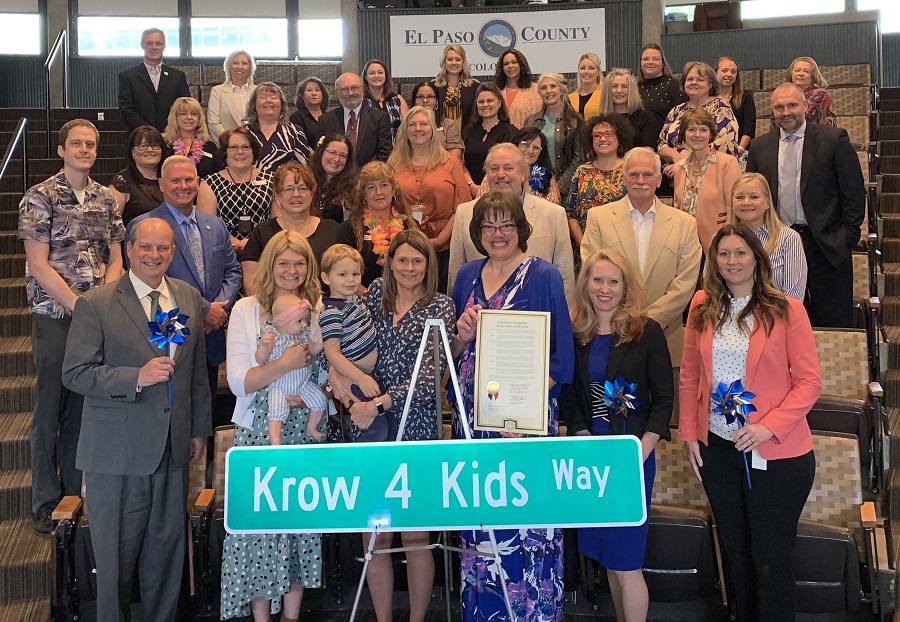 El Paso County Department of Human Services Executive Director Julie Krow was recognized by the Board of El Paso County Commissioners at the regular meeting Tuesday with a Proclamation for her retirement.

Krow was hired in October 2016 as the Executive Director of El Paso County Department of Human Services, which handles programs and services for the most vulnerable in the County. The department has 705 full- and part-time staff.

She fostered important partnerships and worked closely with County and state officials to increase funding allocations and staff numbers to better serve the most vulnerable in El Paso County, the Proclamation stated. She and her team have excelled at building community collaborations, and this led to the opening of two satellite DHS offices in areas of high need during her tenure. 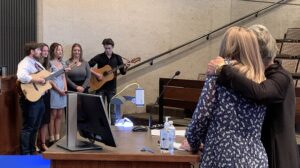 Krow also led efforts to highlight Child Abuse Prevention Month including the installation of a giant pinwheel at Citizens Service Center and established a partnership with the Colorado Springs Conservatory that included musical performances to help recruit foster homes. A small group from the conservatory performed at Tuesday’s meeting.

“A servant leader shares power, puts the needs of the team and those he or she serves first and helps people to develop and perform as highly as possible,” said Linda Weise, Founding CEO of the Colorado Springs Conservatory. “No one does this better than you, Julie Krow.”

Krow was named as 2020 winner of the Colorado Human Services Directors Association Director of the Year award. The award was voted on by directors throughout the state and nomination submissions highlighted her dedication, skills, leadership, and the department’s unwavering dedication to helping families and protecting our region’s most vulnerable. Her dedication was reflected in efforts with County and state officials to increase funding allocations and staff numbers to better serve the most vulnerable in multiple counties. She also was instrumental in state legislation to enhance safety in child and adult protection by protecting the information of those working in DHS and related professions.

“It’s obvious your reach has not only been across El Paso County, but really across the state, to thousands of families and people,” said Commissioner Stan VanderWerf, board chair. “What a great testament to a career.”

Julie served more than 40 years in the human services field, playing a critical role in improving programs and services. She served as Deputy Executive Director of Community Partnerships for the Colorado Department of Human Services and helped implement the Child Welfare Master Plan, especially the statewide child abuse reporting hotline. She also was key in opening the Baby Haven, a residential substance abuse treatment program for pregnant women and their infants.

“Of all the places I’ve ever worked, El Paso County Department of Human Services is my favorite. It is because of all of the people who work for me, as well as the entire County executive team, County commissioners, and our community partners,” Krow said. “Everyone pulls together to get things done for the people we serve.”

Many DHS staff, other County employees and community partners praised Ms. Krow, thanking her for her service to the region.

“You’ve left an incredible legacy of hardworking people whom you’ve inspired, and you continue to inspire,” said Commissioner Cami Bremer, board vice-chair.

In early June, Stacie Kwitek-Russell was named as the next Executive Director of Human Services as of August 2nd, after a nationwide search. She is the current executive director of Fremont County DHS.

The meeting portion with the retirement Proclamation presentation is posted online.