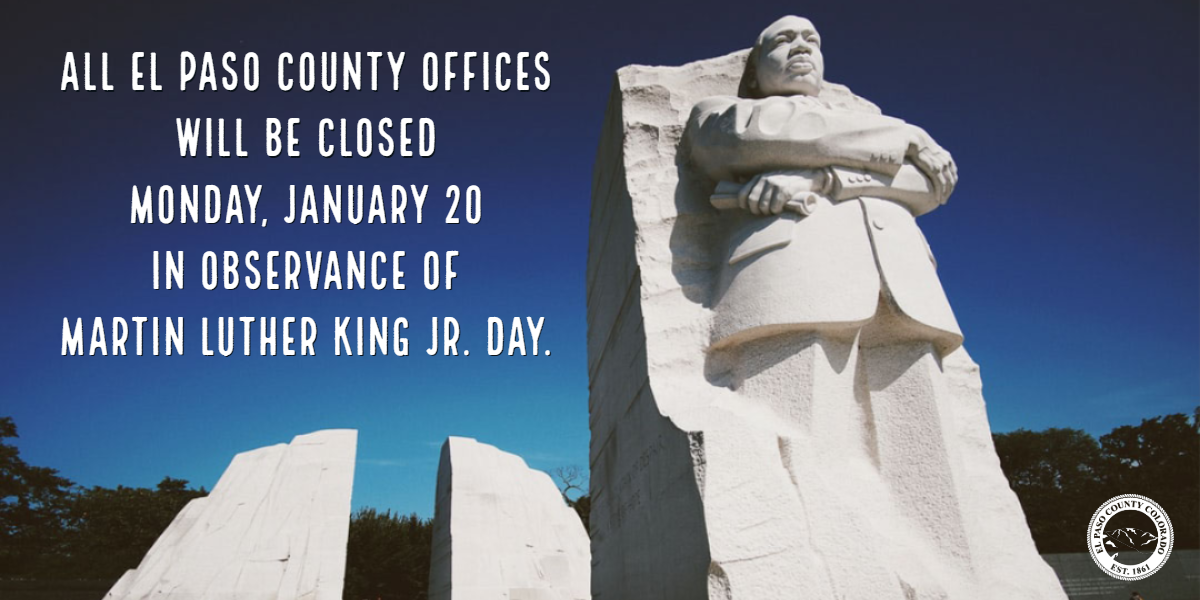 Martin Luther King, Jr. Day was established by an Act of Congress and signed into law by President Ronald Reagan in 1983. On April 4, 1985, Colorado Governor Dick Lam signed the legislation into law making it a Colorado holiday. It was observed for the first time on January 20, 1986. The official holiday is observed on the third Monday of January recognizing Dr. King’s January 15 birthday.

On January 16, 2020, the Board of El Paso County Commissioners adopted a Proclamation recognizing and honoring the spirit, determination, and achievements of Rev. Dr. Martin Luther King, Jr. As we celebrate events throughout the Pikes Peak Region honoring Dr. King, we remember his words spoken during his famous I Have a Dream speech, “Let freedom ring from the snowcapped Rockies of Colorado!”