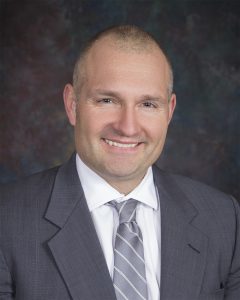 Folsom stated, “Adding Kenny to the team will fill a crucial role in County leadership and help continue the momentum and legacy that Henry Yankowski has built over the last few years. We will continue a culture of strength, calm, fairness, decisiveness and transparency that has allowed El Paso County to be a regional leader and serve its residents well.”

“I’m excited to have this opportunity to continue to work alongside County Administrator Folsom,” Hodges said. “And I’m also excited to help her build on the great foundation the last administration left.”

Hodges has been a member of the County Attorney’s Office since 2012 and before that spent four years in the Colorado Springs City Attorney’s Office. While working for Folsom in the County Attorney’s Office, he took lead in establishing the El Paso County Emergency Services Authority, spearheaded reorganization of the Pikes Peak Workforce Center, worked as the Lead Litigator under Folsom’s leadership, and most recently worked with the El Paso County Sheriff’s Office’s Command Staff. Also during his career, Hodges has worked as a Deputy District Attorney and owned his own law firm.