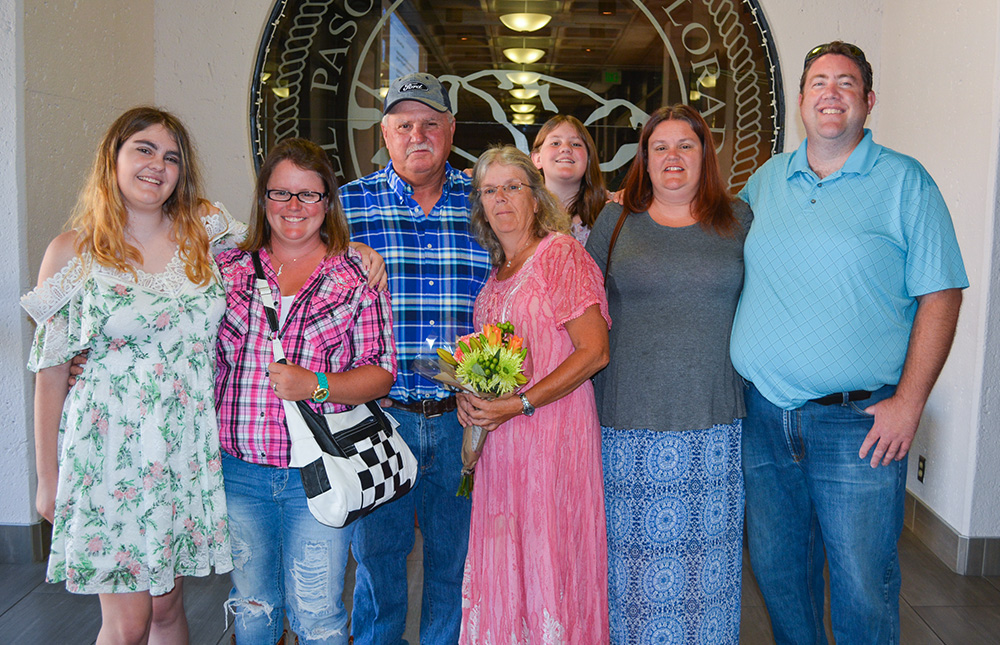 The Board of El Paso County Commissioners at its regular meeting Tuesday, July 24, recognized the retirement of Randy Queen, expressing thanks for his 27 years with the Department of Public Works.

“Mr. Queen’s knowledge and service has contributed greatly to the ongoing success of the Highway Division and his expertise, commitment, experience and resourcefulness will be greatly missed by everyone in the Department of Public Works,” said Commissioner VanderWerf as he read the Proclamation honoring the retirement into the record.

Queen was hired in April 1991 to work on the Highway Division’s asphalt crew and has remained a part of that team for his entire County career.

“These are our silent heroes who are out there making sure our roads are safe for citizens,” said Jim Reid, executive director of the Department of Public Works.

In 1992, he was assigned to his first snow removal area near Cimarron Hills and has since developed extensive experience in neighborhoods along Highway 115 and southern El Paso County. He worked 12-hour shifts clearing County roads as a critical element in maintaining emergency access and public safety for nearly three weeks during the infamous Blizzard of 1997. Queen was assigned to the Cascade Ute Pass area snow route, one of the County’s most challenging, in 2000 and has worked snow removal on the narrow and winding roadways in that area for the last 18 years.

“Thank you so much for your service,” said Commissioner Littleton.

“It has been an honor to work here,” Queen said. 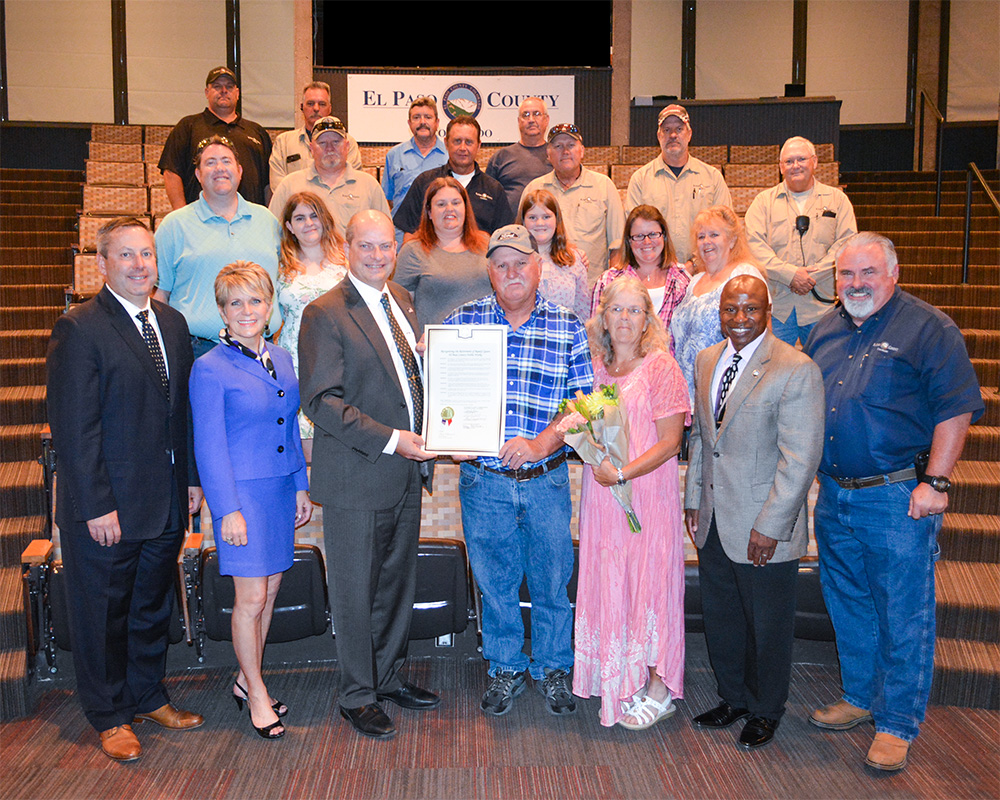