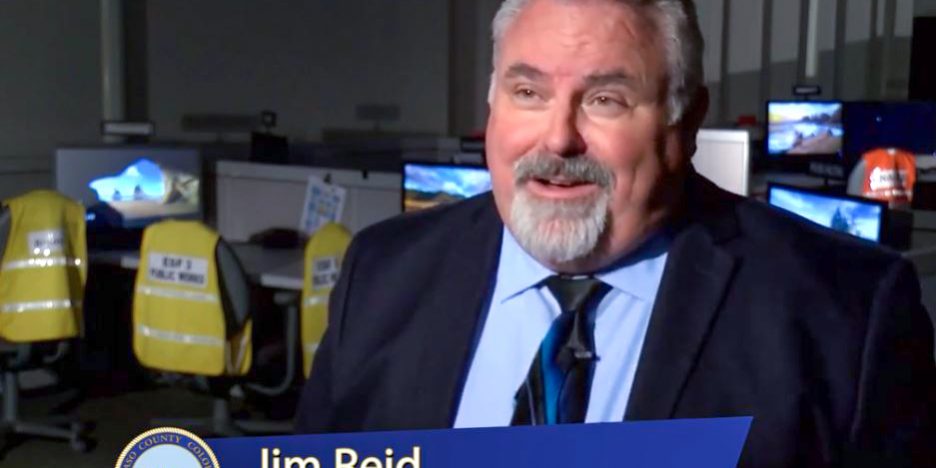 Last month, the City of Colorado Springs and El Paso County announced an Intergovernmental Agreement to operate one joint Office of Emergency Management, called the Pikes Peak Regional Office of Emergency Management. The establishment of the PPR-OEM will allow the county and the city to optimize staff resources, establish a single point of contact during major incidences, and enhance communication both during and after an event.

Reid will oversee the existing offices and guide the merger of the two organizations, which are expected to be consolidated later this year.

“The selection of Jim Reid as director of the Pikes Peak Regional Office of Emergency Management is a key step in our efforts to streamline emergency management,” said Mayor John Suthers. “We’re confident that under Jim’s leadership, this joint effort will benefit residents of Colorado Springs and El Paso County as we continue to improve city-county collaboration, maximize efficiencies and positively impact service to all residents.”

El Paso County Administrator Henry Yankowski said, “The leadership that Jim has shown over the years in helping El Paso County, its citizens and the Pikes Peak Region persevere through several emergencies, including the Black Forest and Waldo Canyon fires make him an obvious choice to lead this important organization. A regional OEM will provide stronger emergency preparedness, response and recovery while building a more powerful sense of community throughout the region.”

“Consolidating our disaster and emergency response efforts is crucial,” said El Paso County Commissioner Stan VanderWerf. “These events affect everyone in the region. We need to continue to foster a mindset of a regional community that works together to achieve its goals, remain prepared, come together in tough times, and preserve the safety of one of the best places in the country to live, work and play.”

Reid has overseen the Office of Emergency Management for El Paso County for the last 14 years where led efforts towards community preparedness and coordinated emergency response and support within the 2,100 square-mile county consisting of eight municipalities, five military bases, 26 fire districts and more than 200 special districts.

Reid served as Executive Director of the Public Works Department beginning in April 2013, before shifting to a full-time role as County OEM Director in mid-2018. As the head of Public Works, he oversaw the county engineering section, highway department, vehicle maintenance, Office of Emergency Management, and administration of the El Paso County ambulance contract. He provided oversight and direction of a $35 million-dollar budget and managed approximately 170 employees that support 2,100 lane-miles of roadway, 22,000 acres of right of way and 273 bridges.

Reid, who was selected by the city’s chief of staff and the county administrator to lead the Pikes Peak Regional OEM, will begin his new role Feb. 25.