Sanders Retires After 29 Years With DHS 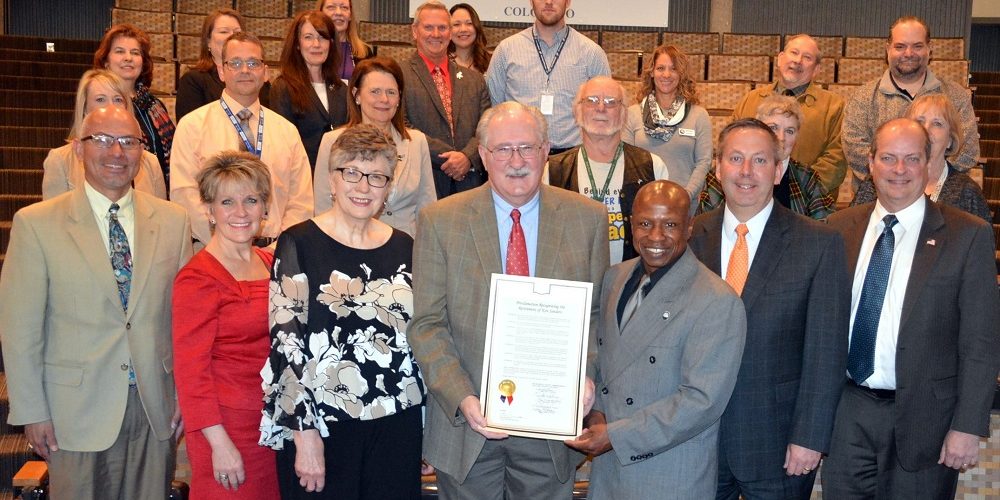 The Board of El Paso County Commissioners at its regular meeting Thursday, April 19, honored the retirement of Ken Sanders with a Proclamation recognizing his more than 29 years in the Department of Human Services.

“His dedication and leadership have been critical in the accomplishments at the Center of Fathering, which has worked with thousands of fathers since its inception,” said Board President Darryl Glenn as he read the Proclamation into the record. 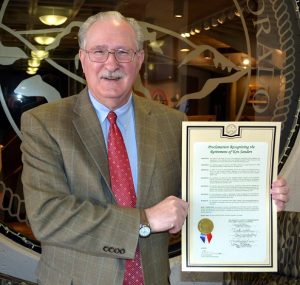 Sanders began his career in El Paso County as a case worker III in 1989 and was promoted to case worker IV in 1995. In 1995, he took on the leadership role at the Center on Fathering and was named Program Manager in 2016. Sanders has brought nearly $1 million in grant funding to the Center since the program began.

“The Center on Fathering is an amazing place,” said Julie Krow, Department of Human Services executive director. “The state has acknowledged the need for engaging fathers especially in child welfare cases. It’s an area that counties will be struggling to improve, and Ken’s hard work and the work of his team has established El Paso County as a leader in this effort.”

Sanders has been the only Certified Master Trainer of the Nurturing Fathers curriculum in the state of Colorado, and has shared his knowledge and expertise by working with other programs around the state to develop or enhance fatherhood services.

“I would like to thank Ken for being the voice and champion for fatherhood in El Paso County and Colorado, and the nation,” said Chris Garvin, Department of Human Services deputy executive director.

Many thanked Sanders for his efforts and leadership. County employees spoke about the lessons he shared with parents who came to the Center, and also the knowledge he passed on to staff.

“I’ve seen the improvement that comes from having a program like this in our community. You are making generational change,” President Glenn said.

“Fathers are so crucially important to the success of the community,” added Board President Pro Tem Mark Waller.

Sanders has been the only Certified Master Trainer of the Nurturing Fathers curriculum in Colorado, and has also worked with other programs around the state to develop or enhance fatherhood services.

“Research indicates the importance of the father and the family,” said Commissioner Longinos Gonzalez, Jr. “The work you have done is so important.”

Sanders shared thanks of his own.

“I want to thank El Paso County, the commissioners, staff and the Department of Human Services for having the vision and the wisdom to create the Center on Fathering,” Sanders said. “Even after nearly 23 years, our County has what that no other County Department of Human Services has: a comprehensive program that offers services and resources to fathers regardless of their backgrounds or circumstances.”

For more information on the Center on Fathering, please visit the website at https://humanservices.elpasoco.com/center-on-fathering/.