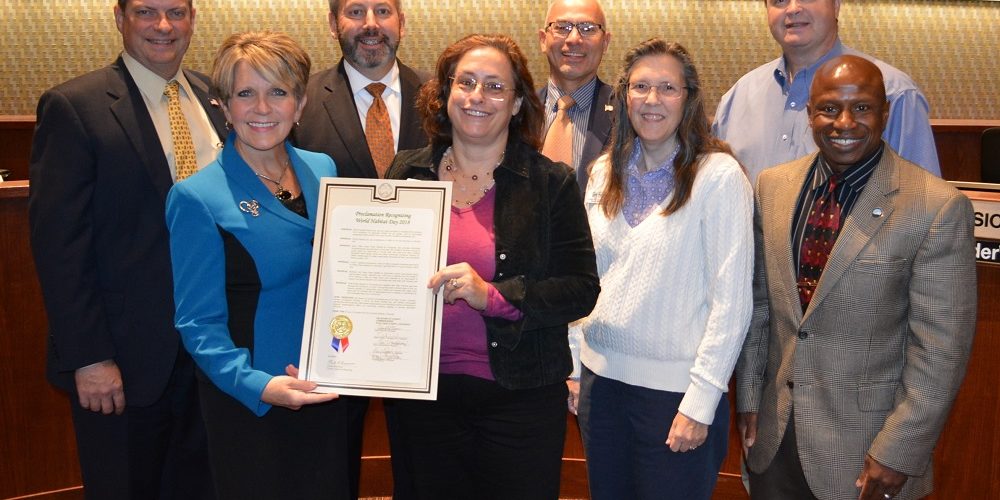 “World Habitat Day is one day set aside annually to recognize the concerns and conditions of adequate shelter for all people, and to encourage grassroots action toward improving housing conditions worldwide,” said Commissioner Peggy Littleton as she read the Proclamation into the record.

The Board of El Paso County Commissioners at its regular meeting on Thursday unanimously approved a Proclamation recognizing Monday, October 1, 2018, as World Habitat Day.

Since 1986, Pikes Peak Habitat for Humanity has provided affordable home-ownership opportunities to more than 160 families in El Paso County by giving them an opportunity to invest their own time and labor working alongside their friends, family and other community volunteers building so-called “sweat equity” to make responsible ownership of their own permanent home a reality.

Pikes Peak Habitat for Humanity works together with other agencies in a commitment to end homelessness. This year, three families worked with the Habitat and the Continuum of Care to move from being homeless, to becoming homeowners. Another home completed this year is for a veteran.

The nonprofit’s impact is not limited to building homes. The Pikes Peak Habitat for Humanity has a dedicated fund to help veterans make repairs to their homes.