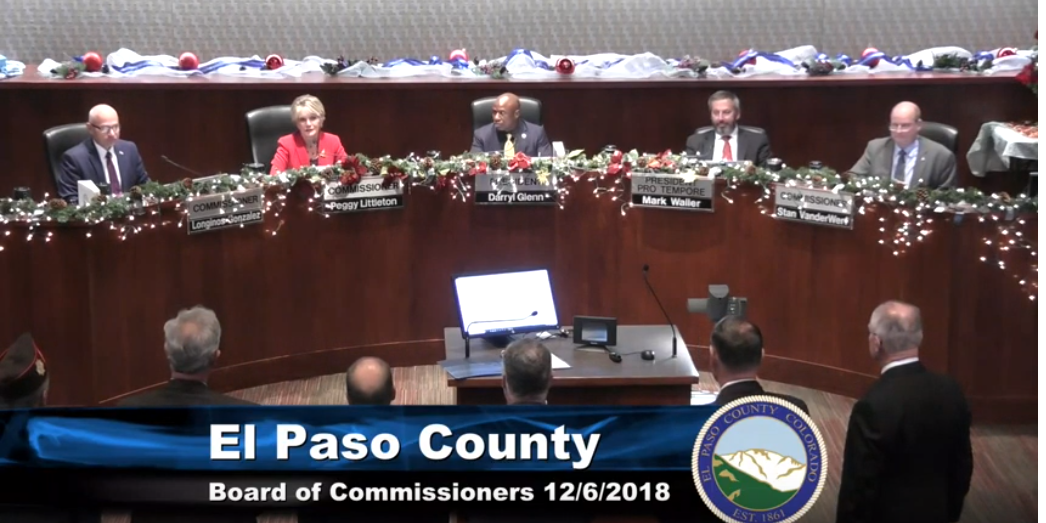 The Board of County Commissioners recognized Dec. 7, 2018 as Pearl Harbor Day with a reading of a Proclamation at the Thursday, Dec. 6, 2018 regular meeting.

Commissioner Longinos Gonzalez, Jr., a retired Air Force Lieutenant Colonel and a U.S. Air Force Academy graduate, read the Proclamation into the record, stating, “December 7, 1941, a date that forever ‘lives in infamy,’ brought the United States out of isolation and into the Second World War to support the Allies, who had been fighting a bitter war in Europe for the two previous years. This sneak attack kindled the righteous fury of the United States of America thus awakening the sleeping giant to become the Arsenal of Democracy for the cause of freedom.”

The Commissioners were joined by members of the Navy League of the United States and the Veterans of Foreign Wars, who gratefully received the Proclamation.