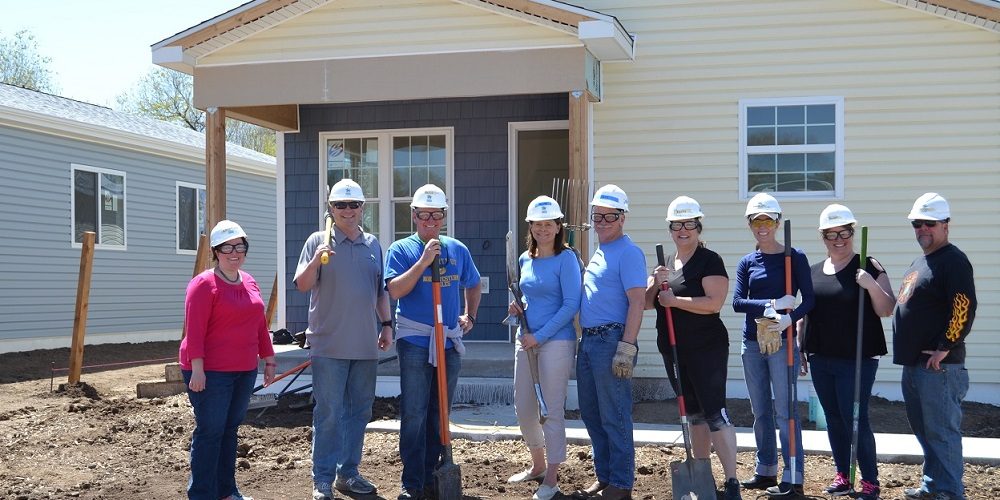 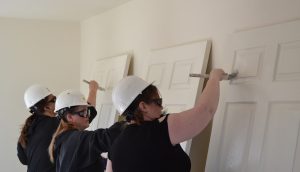 The Pikes Peak Habitat for Humanity project is a change of pace for DHS staff. The department handles a broad range of services and programs, many aimed at the most vulnerable in the community.

“It was a fun way to contribute to a project that will mean so much to families,” said Julie Krow, DHS Executive Director. 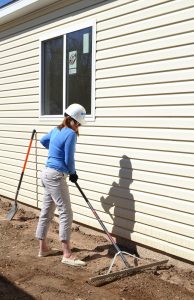 The DHS team project on April 28 was part of an effort in Fountain, and while there cleared ground for landscaping, painted doors and the interior of home, installed fencing and installed erosion control measures. When complete, the neighborhood will have 34 homes build mostly by volunteers and Pikes Peak Habitat for Humanity homeowners. Pikes Peak Habitat for Humanity has built more than 152 homes in El Paso County in recent years. 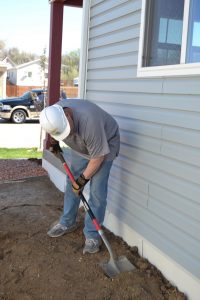 “It was hard work, but it was a great way to contribute to a nonprofit that helps families in need achieve the dream of home ownership,” said Commissioner Stan VanderWerf.

A volunteer project was another way for the County to contribute to the community in April as National County Government Month. The month is an opportunity to highlight the critical role Counties play in keeping communities healthy, vibrant, and safe.

Pikes Peak Habitat for Humanity builds affordable homes in partnership with the community and prospective homeowners. Partner families purchase their house with affordable fixed-term rate mortgages. PPHFH has been an affiliate of Habitat for Humanity International since 1986. For more information, visit www.pikespeakhabitat.org.