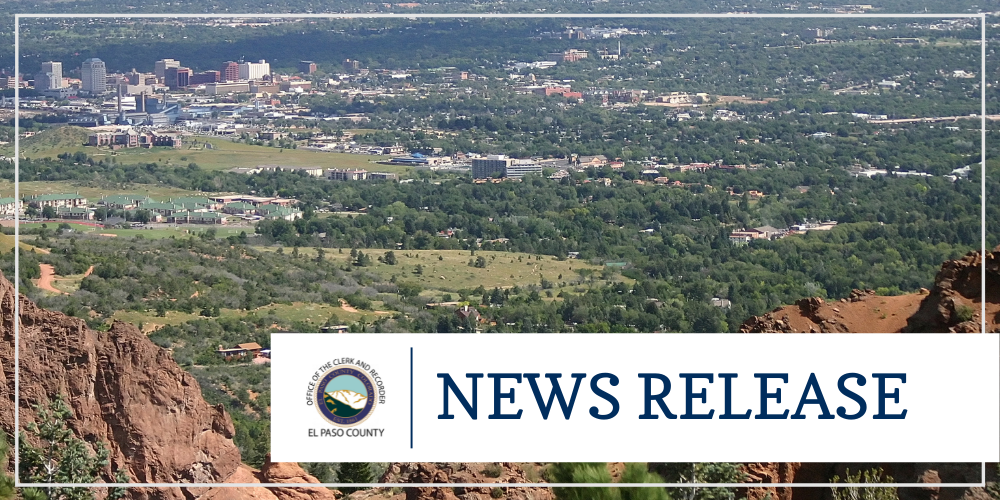 November 29, 2022 – The El Paso County Clerk and Recorder’s Office has completed the official Canvass of the 2022 General Election. Final official results were reviewed by the bipartisan appointed Canvass Board and can be viewed on the Election Night Reporting site. Final official results include additional ballots from military and overseas voters, and ballots that were counted after ID, signature, or other issues were properly resolved.

“Any election depends on the diligent efforts, professionalism, long hours, and determination of myriad citizens whose contribution in various capacities makes it a success. I am tremendously proud of the individuals who accomplished this in an environment of heightened citizen political activism,” said Clerk and Recorder Chuck Broerman. “This was another record-breaking election and the voters of El Paso County also deserve recognition for their participation in the election. By embracing their democratic right to vote, they have demonstrated their commitment to help set a course of governance for their city, county, state, and country.”

Prior to the canvass, the Clerk’s Office also completed and passed a required post-election Risk Limiting Audit. Implemented by the Secretary of State’s Office in 2017, this sophisticated post-election forensic audit allows officials to compare a sample of paper ballots against digital tallies to verify results were tabulated correctly. Required by Section 1-7-515(2)(a) of the Colorado Revised Statutes, the RLA is coordinated by the Secretary of State’s Office and provides strong statistical evidence that the election outcome is consistent with what was counted.