The Board of El Paso County Commissioners recognized Saturday, May 19, 2018 as Armed Forces Day with a Proclamation the role that the values and high standards of the military contribute to El Paso County and the entire Pikes Peak region.

Armed Forces Day is celebrated annually on the third Saturday in May to pay tribute to everyone who serves in the Armed Forces. President Harry S. Truman helped establish the day for U.S. citizens to united and honor the military’s patriotic service. The day was created in 1949 after the unification of the U.S. Armed Forces under the Department of Defense.

Representatives from the United States Air Force Academy and the Fort Carson Army Base as well as Bob Lally from the Colorado Springs’ Chamber and EDC’s Military Affairs Council were at Tuesday’s meeting to accept the Proclamation.

Command Sgt. Maj. Dave Burton of Fort Carson and the Air Force Academy’s Lt. Col. Allen Herritage each thanked the Commissioners for helping make El Paso County and the Pikes Peak region a welcoming one for members of the Armed Forces.

“We are proud to host the bases that are here,” said Commissioner Stan VanderWerf. “They are such an amazing part of our community.”

Commissioner Longinos Gonzalez Jr. said, “This is a very proud community with all the military members that we live here, both active duty and retired.” 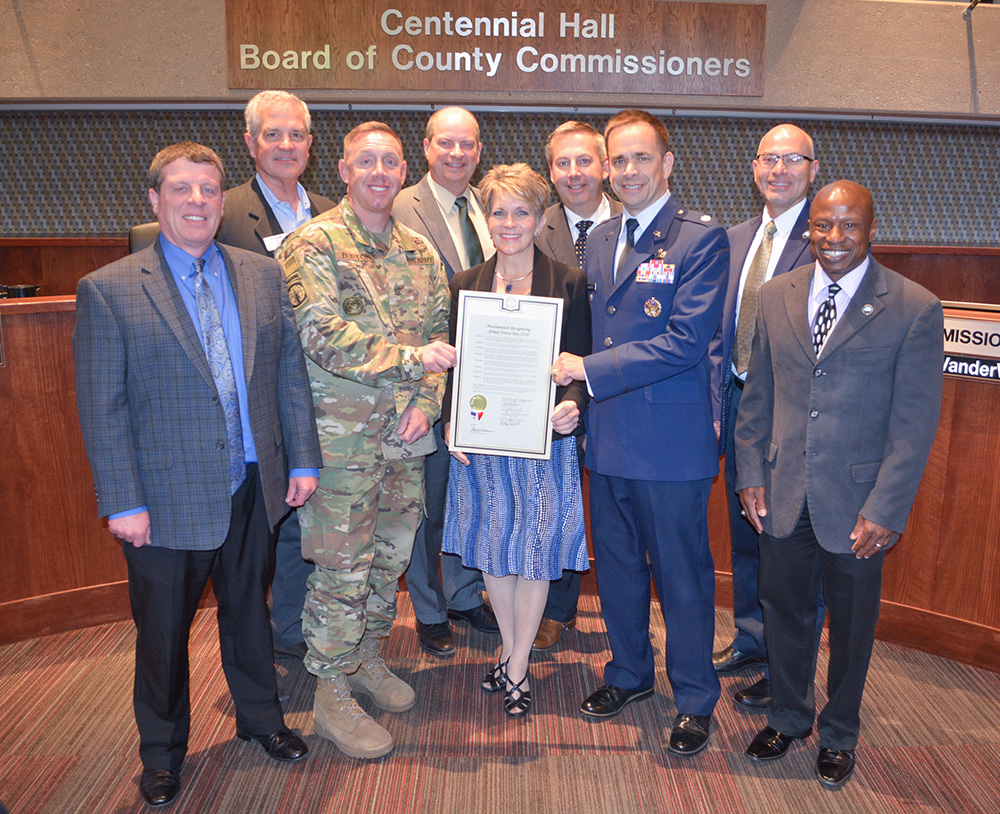