Percy Retires After 21 Years with DHS 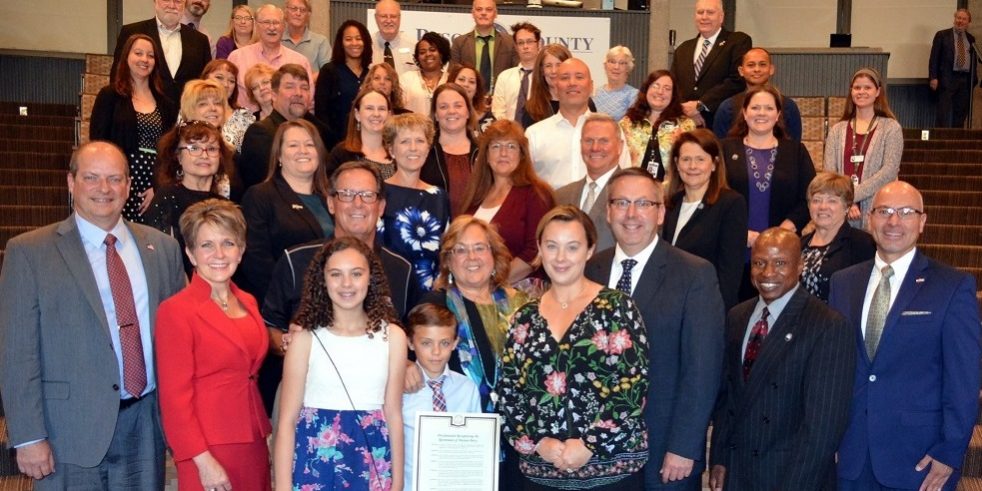 Marian Percy was honored by the Board of El Paso County Commissioners at its regular meeting Thursday, May 31, with an official Proclamation, expressing thanks for her 21 years in the Department of Human Services.

“During her career, Mrs. Percy has made significant contributions focused on strengthening families and making homes safe for children, and has been committed to making sure that El Paso County youth leaving foster care get the support they need to be successful in the community,” said President Pro Tem Mark Waller as he read the Proclamation into the record. “In the past five years the number of children placed with relatives has quadrupled thanks to Mrs. Percy’s development of the kinship teams and work with the community.”

He added that Percy is representative of the Department of Human Services. “Your involvement demonstrates how much you care about policy and making sure kids are taken care of in El Paso County, and the entire state of Colorado,” he said. 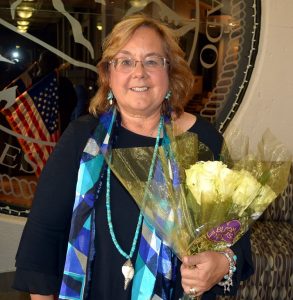 Marian Percy retired from El Paso County Department of Human Services in May 2018.

Percy began her El Paso County career in 1997, and served as an intern on the Intensive Family Intervention Team in 1996. She held multiple positions during her time at DHS in the intake and ongoing areas, including caseworker, supervisor, and manager, as well as nine years on the after-hours Child Abuse Hotline pager staff. She was promoted to Child Welfare Intake Manager in 2007, still one of the most challenging jobs in the agency, and in 2011 was named Deputy Director of Children Youth and Family Services, overseeing seven managers who managed all practice areas including more than 225 staff responsible for over 900 child welfare cases.

“There’s a deep connection to the community; she really has made a difference for so many children,” DHS Executive Director Julie Krow said. “I want to sincerely thank Marian Percy for all of her contributions to the Department of Human Services.”

“She genuinely cares about the people we serve and shows that every day in her actions,” said Cheryl Schnell, DHS Adult and Family Services Director. “It’s really about each individual person and she exemplified that in how she ran her programs, how she trained her staff, and how she worked with the community.”

Percy has been committed to the Adolescent Program areas including the development of an Adolescent Workgroup and the Fostering Adulthood Program. She worked extensively to reduce the number of children placed in congregate care through the development of two kinship units, the Families Matter initiative, and her work with the Annie E. Casey Child Welfare Strategy Group.

“Thank you very much for what you have done for the community, and what you will continue to do,” said Commissioner Stan VanderWerf.

Pointing to the crowd of supportive staff and others in Centennial Hall, President Darryl Glenn said: “Thank you for your legacy.”

Percy shared thanks of her own, to her mentors, community partners, as well as County leadership and DHS staff.

“I know our staff are in good hands with a strong team of managers who work incredibly hard and who will continue our commitment to families,” Percy said.