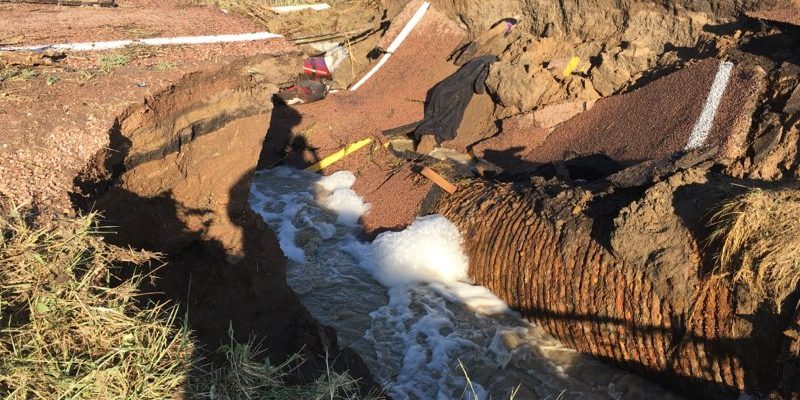 Repairs to a section of Old Pueblo Road that washed out during a torrential thunderstorm last month are in the works, but it will likely take longer than originally expected.

Initially, the County had hoped to simply replace the galvanized metal culvert that failed in the July 24 flooding but an engineering assessment determined that erosion problems and instability of the stream banks determined that a safe and permanent fix will require installation of two modern concrete box culverts with reinforcing concrete wing walls at both ends. The project will be completed in two phases.

The first phase will require relocation of utilities lines and the installation of the new box culverts so Old Pueblo Road can be re-opened to traffic. A large crane has been contracted to lower the culvert sections into position as soon as the underground utilities have been moved out of the way. Once the two 7ft. X 7ft. parallel culverts are in place County Public Works crews will be able to rebuild the roadway over the top of the new culverts. Weather and resources permitting, the County is expecting to complete phase one and have the road re-opened in four to six weeks.

The second phase of the project will be done after the roadway is re-opened. It will involve the building and installation of concrete wing walls to provide reinforcement and prevent erosion of the stream bed and banks at each end of the new box culverts. County Public Works will be soliciting contractor bids proposals for the second phase.

“If the road and culvert could just be put back together we would have had that road open in just a few days,” Executive Director of Public Works Jim Reid explained in an update to County Commissioners Tuesday. “But when we started to dig out debris from the flooding we saw that banks are just not stable and that would be just a short-term fix. So, putting public safety first and recognizing our responsibility to be good stewards of taxpayer money, we can’t afford a temporary fix. There are no good short detours in this area that makes it even more important that we make repairs that will last.” Reid added that for some area residents the detour route adds about 14 miles to their daily trips. 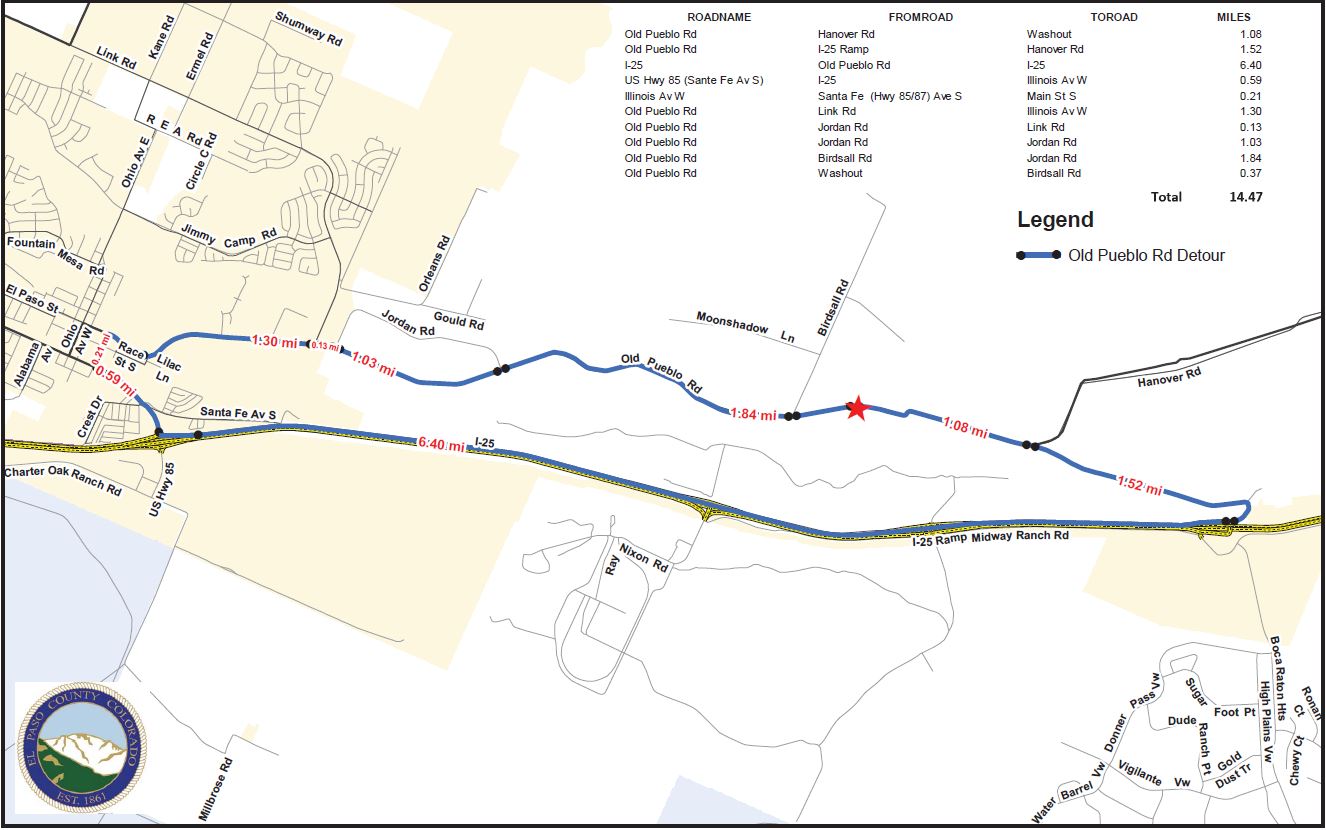