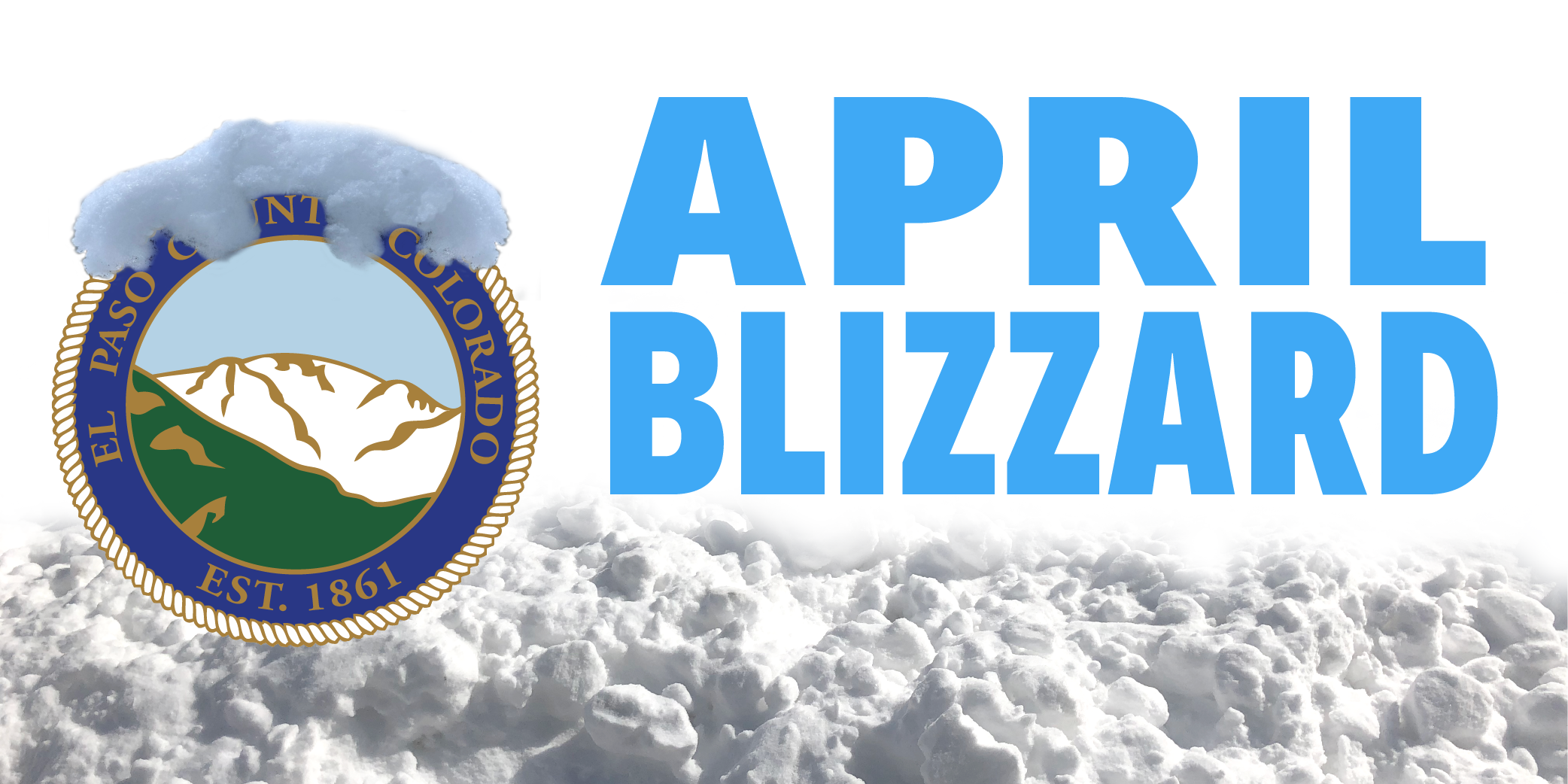 The National Weather Service has issued blizzard and high wind warnings to impact northern El Paso County from noon Wednesday through noon Thursday. The public is urged to prepare for blizzard-like conditions with blowing snow, possibly mixed with thunderstorms, and sustained winds between 30 and 40 miles per hour with gusts up to 70-plus miles per hour east of Interstate 25.

All El Paso County offices, including the courts, closed at 2 p.m. on Wednesday.

Snow accumulation predictions range from 1 inch in the southern part of the county and within the City of Colorado Springs, and up to 6 inches in northern El Paso County. Areas north of Woodmen Road are predicted to receive the most impact but snow is expected to move through the entire county. Snow combined with sustained high winds will likely cause limited visibility and make travel unsafe. Extensive tree and power line damage is also possible.

Residents are encouraged to remain indoors and off area roads as much as possible to avoid becoming stranded or in a crash, to allow snow crews to plow major roadways, and to allow first responders and law enforcement to do their jobs and keep everyone safe. Residents should also be aware of the possible high winds and secure outdoor items or bring them inside.

County and city snow patrols and the Pikes Peak Regional Office of Emergency Management are closely monitoring the progression of the storm. The Emergency Coordination Center at 3755 Mark Dabling Boulevard will activate at 2 p.m. to manage all emergency operations. Any news briefings will be held at that facility.

More than 22 county snow plows will be activated at 2 p.m. with the entire county fleet ready to deploy as conditions dictate. City crews are prepared to respond with a full activation of all snow and ice control equipment, including its fleet of 40 plows.

The National Weather Service is expected to brief emergency personnel on current conditions at noon.

Stay tuned to local news and official city and county information at: